Where do his loyalties lie?

Kamran Smith has it all. He’s the star of the football team, dates the most popular girl at school, and can’t wait to go to West Point like his big brother, Darius. Although Kamran’s mother is from Iran, Kamran has always felt 100% American. Accepted. And then everything implodes.

Darius is accused of being a terrorist on national TV. Kamran refuses to believe it, but Darius has been filmed making threats against his country, hinting at an upcoming, deadly attack. Suddenly everyone in Kamran’s life turns against him and his family. 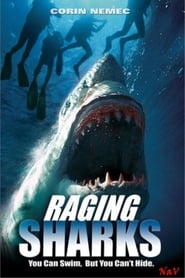 Kamran knows it’s up to him to clear his brother’s name. In a race against time, Kamran must piece together a series of clues and codes that will lead him to Darius–and the truth. But is it a truth Kamran is ready to face?

“A fast-paced, relevant, and well-crafted story that will keep listeners guessing
whether Darius is or is not a traitor.”

“Exciting, at times ripped from the headlines, and scary, this cinematic work
has layers of intrigue and danger in each scene.”

“A brisk, eye-opening morality tale and satisfying suspense story.
Pair this with Michael Koryta’s Alex Award-winning Those Who Wish Me Dead.”