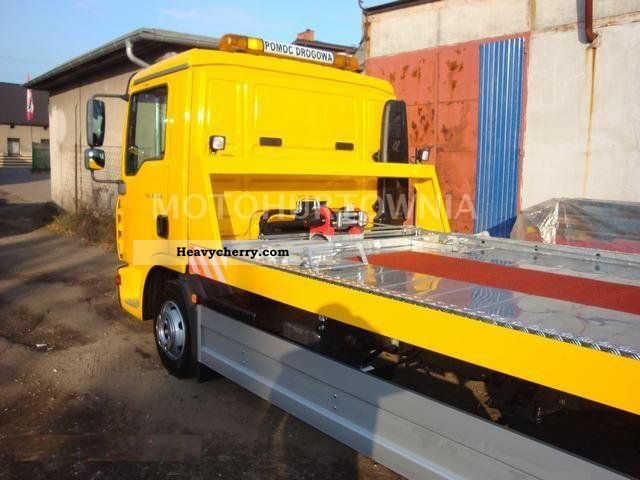 MAN Nutzfahrzeuge AG is a German engineering concern, founded in 1897. The headquarters of the concern is located in Munich, Germany.

MAN Nutzfahrzeuge is a division of MAN AG and specializes in the production of trucks of the brands MAN, ERF (United Kingdom) and STAR (Poland), as well as buses NEOPLAN.

1915 Start of truck production in Nürnberg (Nürnberg)
1923 The first ready-to-operate diesel engine for cars, 40 hp with direct fuel injection, Augsburg (Augsburg)
1924 The world’s first direct injection diesel fuel truck
1925 Diesel truck carrying capacity of 5 tons with cardan transmission
1937 The first spherical combustion chamber diesel engine designed for trucks.
1941 On November 25, an order was issued for a 35-ton tank — the future Panther tank.
1943 The serial production of the Pz Kpfw V Panther began from January 1943 to April 1945 inclusive.
1951 First German diesel engine for trucks with exhaust gas turbocharger
1954 First low noise diesel for cars with spherical combustion chamber
1962 MAN swallows Porsche Diesel Motorenbau GmbH
1986 M.A.N. and Gutehoffnungshütte Aktienverein join together to create MAN AG
1986 Klaus Götte (Dr. Klaus Götte) is appointed to the post of Chairman of the Management Board of the MAN Group. It was Goette who created the highly efficient organizational structure of the group, which is still operating successfully.
1988 Low floor bus with non-polluting diesel with gas turbine inflating
1989 Routing trucks M 90 / F 90 “Silent”
1992 SLW 2000 truck for use within the city
1992 Tourist bus 422 FRH “Lion’s Star” with a flat floor and safe passenger room
1993 New generation of trucks L2000 (load capacity from 6-10 tons)
1994 Presentation of a new series of heavy trucks with a gross weight of 18 tons and above, with 2 “Euro” diesel engines. L2000 truck for transporting goods with a combined drive (from the internal combustion engine and rechargeable batteries). Natural Gas Drive for Trucks and Busses. Diesel-electric drive located in the wheel hub for city buses.
1994 Assignment of the title “Coach of the Year”
1995 Assignment of the title “Truck of the Year” (as in 1987, 1980, 1977)
1996 Introduction to the market of a new middle row of trucks M 2000 with a gross weight of 12-25 tons
1997 Introduction of a new generation of low-frame buses to the market
1997 Rudolf Rupprecht was appointed Chairman of the Group Board, replacing Klaus Götte in this position. It is the concern Rupprecht is obliged to the emergence of a new generation of trucks – “MAN Trucknology®”
2000 World presentation of the new generation of TG-A trucks

2001 Assignment of the title “Truck of the Year” to TG-A
2001 The appearance of the new tourist bus “Lion’s Star”
2002 Tourist bus “Lion’s Star” design winner (“reddot award: product design”).
2003 Lion’s Star tourist bus won the prize “Coach of the Year 2004”
2004 In February, the D20 Common Rail engine premiered in Nuremberg.
2005 Hakan Samuelsson was appointed Chairman of the Group’s Board of Directors, replacing Rudolph Rupprecht. Samuelsson focused on global intensive promotion of products and services of the group
2005 The presentation of the TGL series cars took place in Munich
2006 Opening of the first own service station in St. Petersburg
2007 First victory of a MAN truck in the Dakar Rally (Dutch pilot Hans Stacy)
2008 Assignment of the title “Truck of the Year 2008” to MAN TGX and MAN TGS trucks

Common Rail for all

Tried-and-tested engine technology, well-engineered components and perfectly coordinated technologies: This is MAN's recipe for Euro 3, which is based on the company's high-torque six-cylinder engines. In order to achieve the extremely low emissions values, MAN uses the key Common Rail injection, exhaust-gas recirculation (EGR). The result: MAN engines in Euro 3 set the standard when it comes to low fuel consumption. Thanks to its compact size, the exhaust silencer leaves sufficient free space for superstructures on the side of the chassis.

The silencer can be positioned to allow sufficient space for crane supports. To prevent dust particles from circulating when driving off-road, a version with elevated exhaust pipe is available for all series.

Power from four and six cylinders 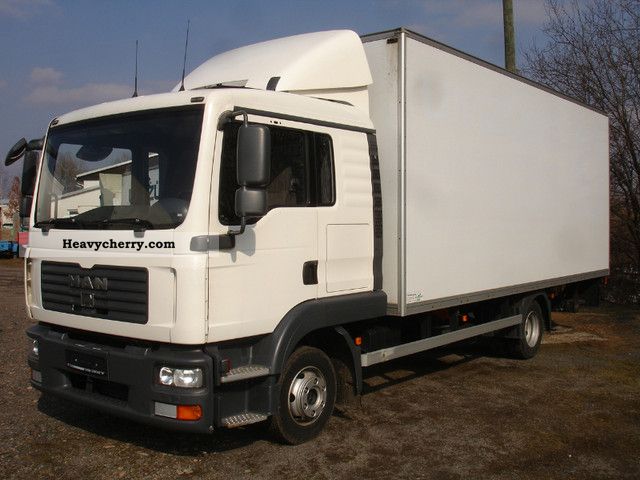 The optimum torque curve of the modern Common Rail engines in Euro 3 allows you to drive economically and with the minimum number of gear shifts – regardless of your chosen engine. In the TGL series, the four cylinders are combined with a six-speed TipMatic®; a twelve-speed TipMatic® is used with the six-cylinder engines. Easy-to-operate manual gearboxes are also available with six and nine gears.